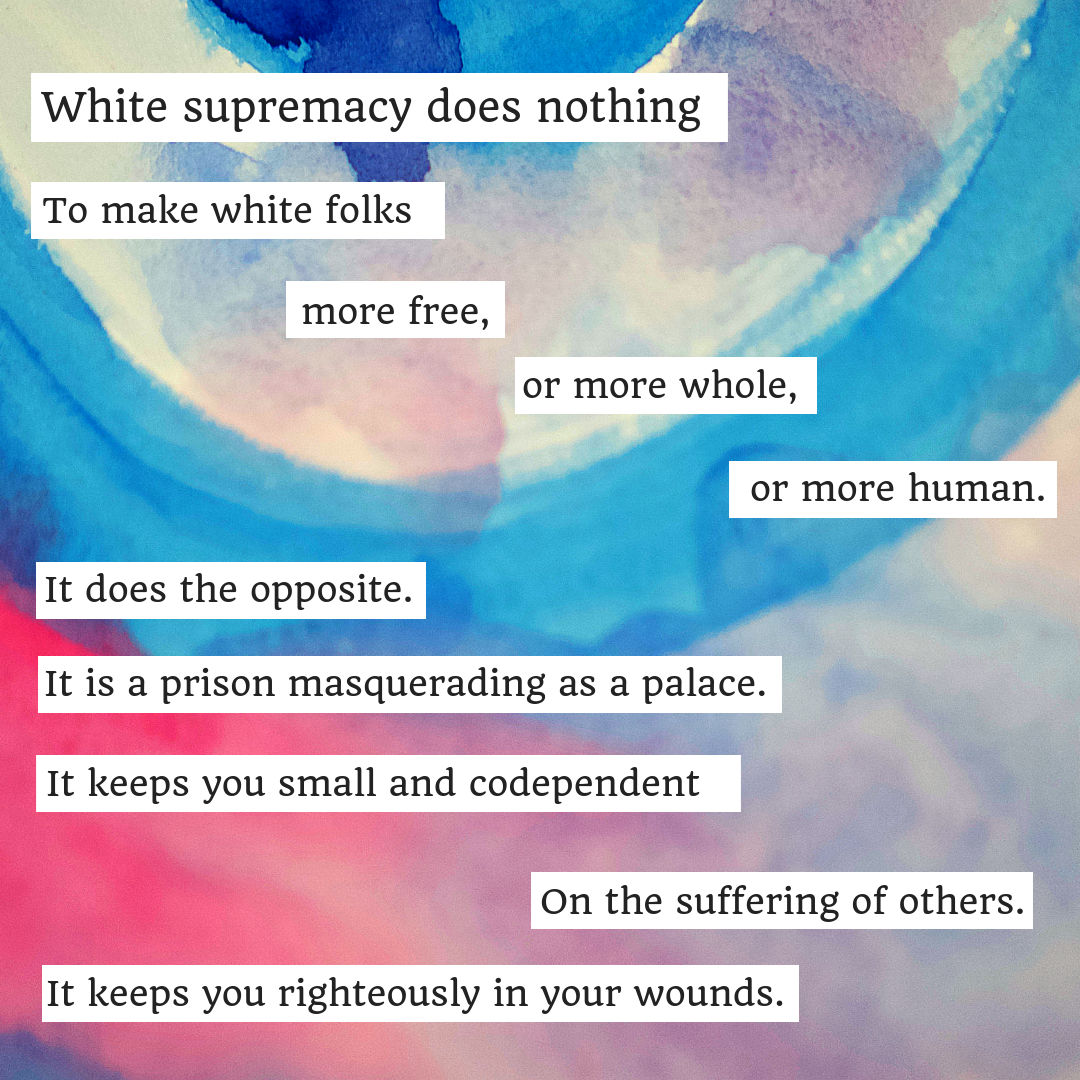 White supremacy is a lie. It’s entire existence relies on the belief of itself.

White supremacy relies on white people hating, distrusting and dismissing us so much that you fail to notice that the act of doing so has given you nothing. You remain without peace or true prosperity. You are no more safe than the rest of us. Not really. You may not be gunned down in your own apartment but the destruction of the Earth, of the Earth’s resources, of the humanity within you — leaves you without safety and security, too.

Do not fool yourselves. White supremacy does not love you and in fact it barely tolerates you. Only needing you in as much as you are willing to participate in it’s continuation. Stripping you of more safety even as you comply.

Poisoning the water leaves you without drink, too. Tone policing someone’s humanity strips you of your wholeness, too. Allowing the notion that one’s worth can only be found in the worthlessness; in the destruction and alienation, of another — will find it’s way back to you too.

There is nothing to be gained from white supremacy. Not really. All that’s there is this lie. This poisonous, toxic, insatiable lie that counts on you to need it. That hopes that as you need it, you’ll continue to ignore how participating in this lie has caused you to actively act against your own self interest.

Words in the image are from the post “On White Leaders Who Dehumanize Black People and Danielle La Porte’s New Program” which you can click here to read.

Words in the image read: White Supremacy does nothing to make white folks more free, or more whole, or more human. It does the opposite. It is a prison masquerading as a palace. It keeps you small and codependent on the suffering of others. It keeps you righteously in your wounds.