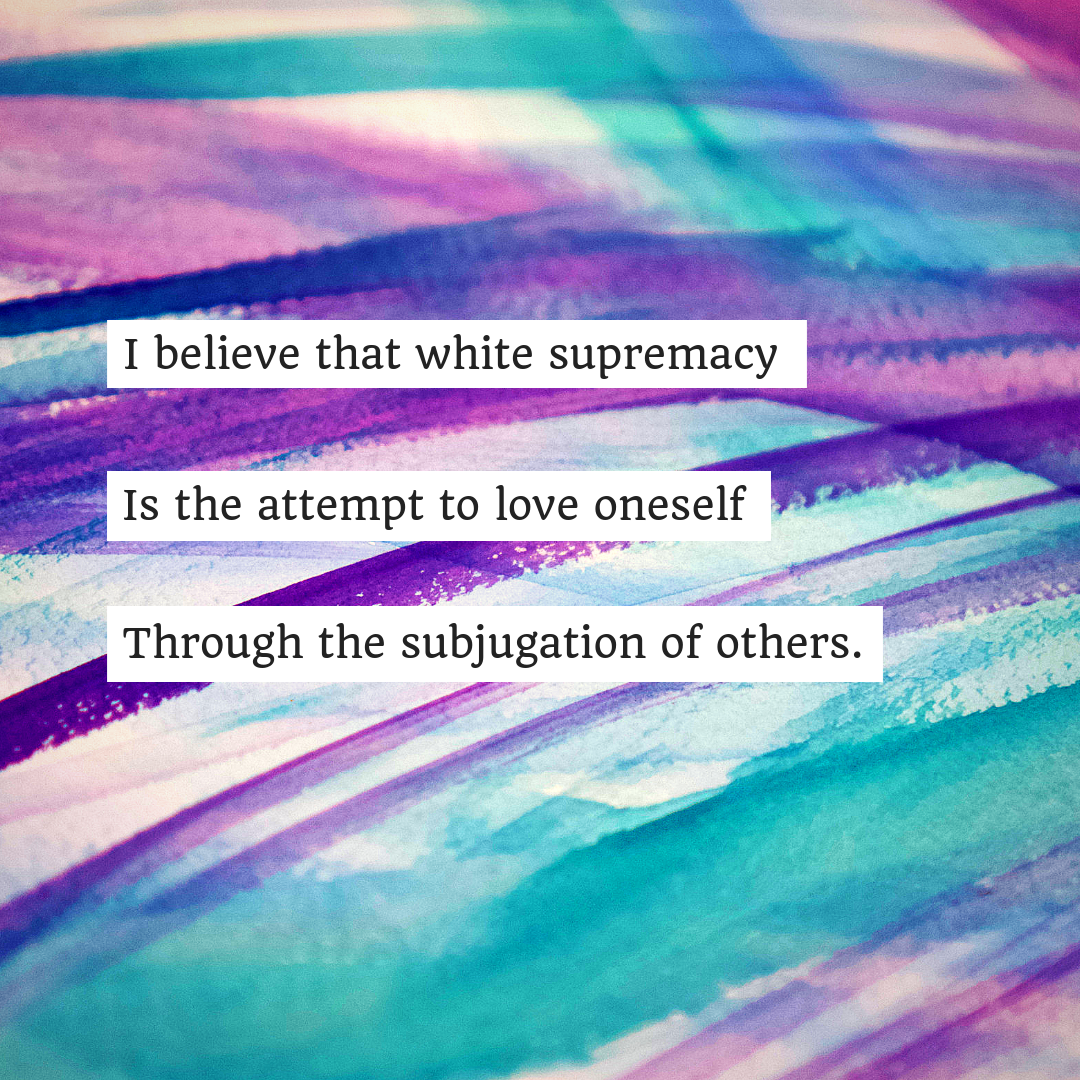 I resonate with the idea that there are two primary forces in this world - fear and love.

But I take issue with the fact that this idea doesn’t hold space for complexity. It doesn’t speak to power imbalances and oppression, micro-aggressions and systemic harm. It doesn’t speak to the status quo and the people who perpetuate it. You can feel their fear — but fear itself does not explain their actions.
Over time I’ve begun to understand that white supremacy is not just fear. It may be fueled by fear but the ways in which it is justified, and upheld; speak to something more complex. Something that is trying to survive; a belief system rooted in not just lies but a fundamental distortion of self and worth and love.

I believe that white supremacy is the attempt to love oneself through the subjugation of others.
Sometimes when I say this people bristle. Love is (rightly) perceived as this empathetic, whole, compassionate enterprise. How could we begin to understand white supremacy in the context of love when love is anything but white supremacy?

And that’s where the word “attempt” cannot be overstated.

White supremacy is not love. It is desperate. It is codependent. It is mutually destructive. White supremacy is pathetic, scarcity minded, insecure, insatiable, and fearful all at once. It is wounded and out of alignment with life itself.

And yet, I do believe that white supremacy, and in fact all forms of oppression, are a broken ATTEMPT at self love. An attempt to derive one’s worth, from the perceived worthlessness of another. An attempt to overcompensate for one’s insecurities and self loathing through the destruction and dehumanization of another.

Despite a legacy of genocide and colonization, erasure and destruction - white supremacy remains as hungry as it ever was.

It can never deliver on it’s promise because it is a fiction. It will always have you looking outside of yourself for what was always within you to find.

White supremacy is a spiritual sickness and it’s only antidote is love.

I write more about this idea in “The Inhumanity of White Supremacy” and “Reclaiming My Power from White Women” click through to read more.

Image Reads: I believe white supremacy is the attempt to love oneself through the subjugation of others.