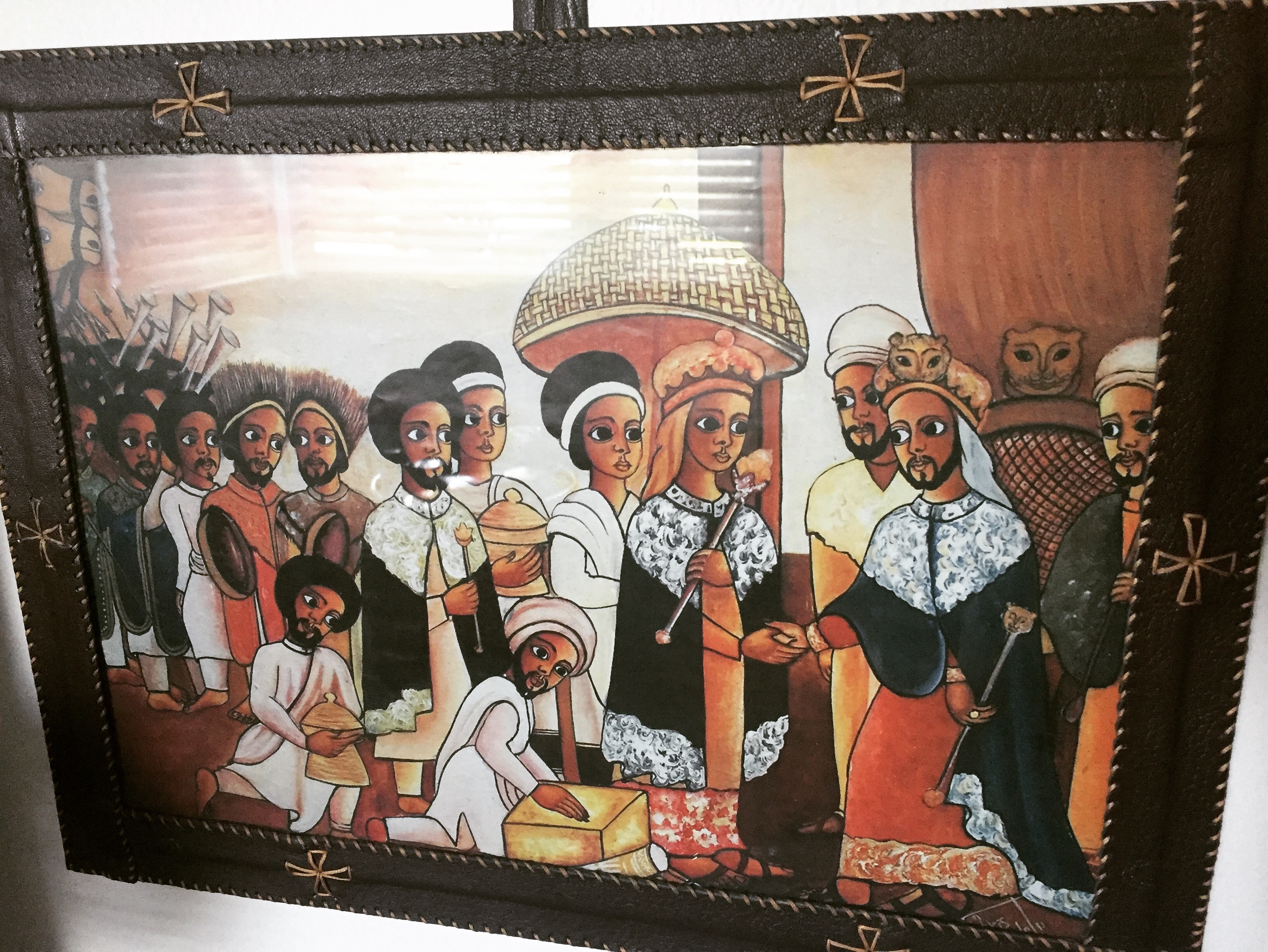 I picked up this piece in Ethiopia - it’s a depiction of the first time The Queen of Sheeba met King Soloman and marks the start of the Ethiopian Imperial dynasty.

I’m genuinely happy for Meghan Markle, with my whole heart, I hope she lives happily ever after- but be clear, the notion of black royalty is nothing new. Black queens and black princesses are not a fantastical other dimensional unicorn. They are real. These women existed. These women lived, and led, and reigned. The idea that “we made it” based on this one engagement, is erasure. It is white supremacy. It reflects an inability to center ourselves, and black history, and African history, in our interactions with and understandings of contemporary events. It exposes a behavior we have been taught.

While in Ethiopia I took in images of Kings and Queens I’d never heard of. I asked questions and heard stories that had never been captured by Disney, or amplified through BBC, or centered in countless feature films and television series so as to make them canon in our collective understanding of human history. But that doesn’t change the fact that these people are real and as regal as the next royal family. They’ve just been kept from us.

This level of erasure brings us to a point where marrying into a white royal family is viewed as the only way in - viewed as an initial opportunity to see ourselves as Kings and Queens, when that is where we come from. When this is nothing new.